Visit the spectacular Blue Lake in Mt Gambier, it occupies one of the craters of the extinct volcano after which the city has been named.

The lake turns a brilliant blue colour from December to March, it turns to a colour for the rest of the year, and no one really knows why this happens. It’s generally considered that it revolves around the warming of the surface layers.

In July 1865, Adam Lindsay Gordon, a famous Australian Poet performed a daring riding feat known as Gordon’s Leap on the edge of the Blue Lake, a commemorative obelisk has been erected there, celebrating the courageous horseback leap the poet made. 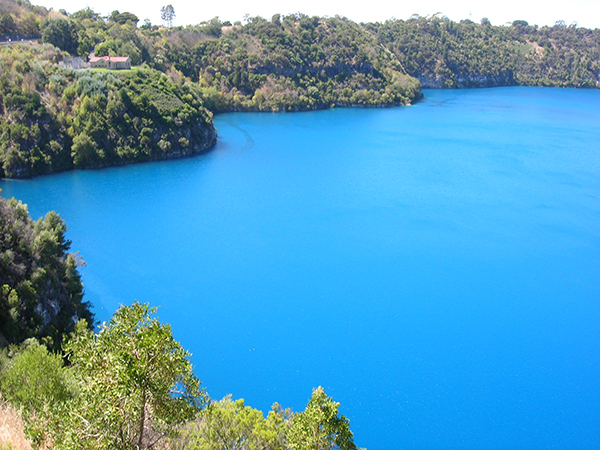 There are some pleasant walks to take around Blue Lake that provide unparalleled views of the spectacular phenomenon and provide a natural getaway, don’t forget your camera.

You can also take a guided tour around the lake that’s well worth doing to learn a little more directly from a passionate local. Visit The Lady Nelson Visitor and Discovery Centre for further information.

Described as a must-visit location, Blue Lake and Mt Gambier are located on the southern coast near the border to Victoria.