The Naracoorte Caves and their Fossils 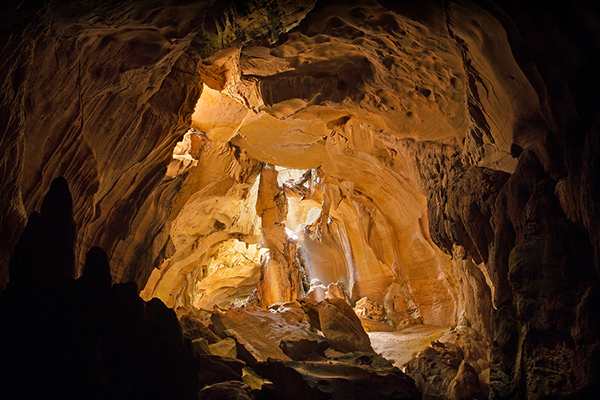 When in South Australia you may like to delve into South Australia’s ancient past. And by delve we really mean delve. Explore a wonder unlike any other, below the earth’s surface you’ll find a marvelous and ancient world.

Stalactites and stalagmites have formed over half a million years as minerals gather and drip from the earth above.

If you’re up for the challenge then navigating one of the four adventure caves will get your adrenalin pumping.

Maybe take a tour of the Bat Centre and Blanche Cave, where bats hold up for the winter. You can take nature tours all about the Southern bent-winged bats that are native to the region. If that sounds like it might be your thing then you’ll definitely want to see the spectacular cave exit flight at dusk during summer. You can also catch them hanging out with infrared technology.

Victoria Fossil Cave is fantastic for it’s insight into the past climate, environment and the animals which once lived in the area - you’ll see incredible fossils and impressive rock formations.

If you want to just explore, visit the Wet Cave where you can take an unguided tour at your leisure.

The Wonambi Fossil Centre is a great way to round out your caving experience with insights into everything you’ve seen. Maybe you’ll start to why geologists and paleontologists can seem to love rocks so much.